I stayed home with the kids for 10 years. They were both attending a small, private Christian school in Katy (Faith West Academy) while I was relishing in the fact that I finally got both kids into school and I could run with scissors all day. However, while I was safely sitting and cutting with scissors in the fountain area one Friday morning (I was Rebekah’s room mom), the principal came out and asked if I’d step into her office a minute. THAT’S always a good feeling.

She asked me if I wanted to go back to work. She knew I was a certified math teacher and they had just let a teacher go. I was shell-shocked, really. That was not even on my radar. I won’t go in to all of the details, but I called her Sunday afternoon and told her I would do it. I walked into my new classroom that Monday – no red pen, no idea where the kids were in the curriculum, no idea how to take roll electronically. But, teaching Algebra 1 is like riding a bike. I asked the kids, “What chapter are we in?” They said, “Chapter 2, we think.” I looked at the text (same text I taught out of 10 years before) and said, “Okay! Go ahead and get out some paper and let’s do mathy things!”

It was fun. It was interesting to me, as well, how different kids were. While I was staying home, several things emerged: the internet, graphing calculators, online gradebooks, cell phones, …. Everything was different. But, since this was a private school with not a lot of funds for fancy things, I still had a trusty overhead projector.

As I got my feet back under me, I began to try and gamify the classroom. I used the Family Game idea and came up with a game board we could use in class. In addition to Algebra 1, I also taught a junior level Bible class where we studied world religions. That class REALLY needed some fun sprinkled in. Here were the two boards. One for Algebra 1 and one for World Religions: 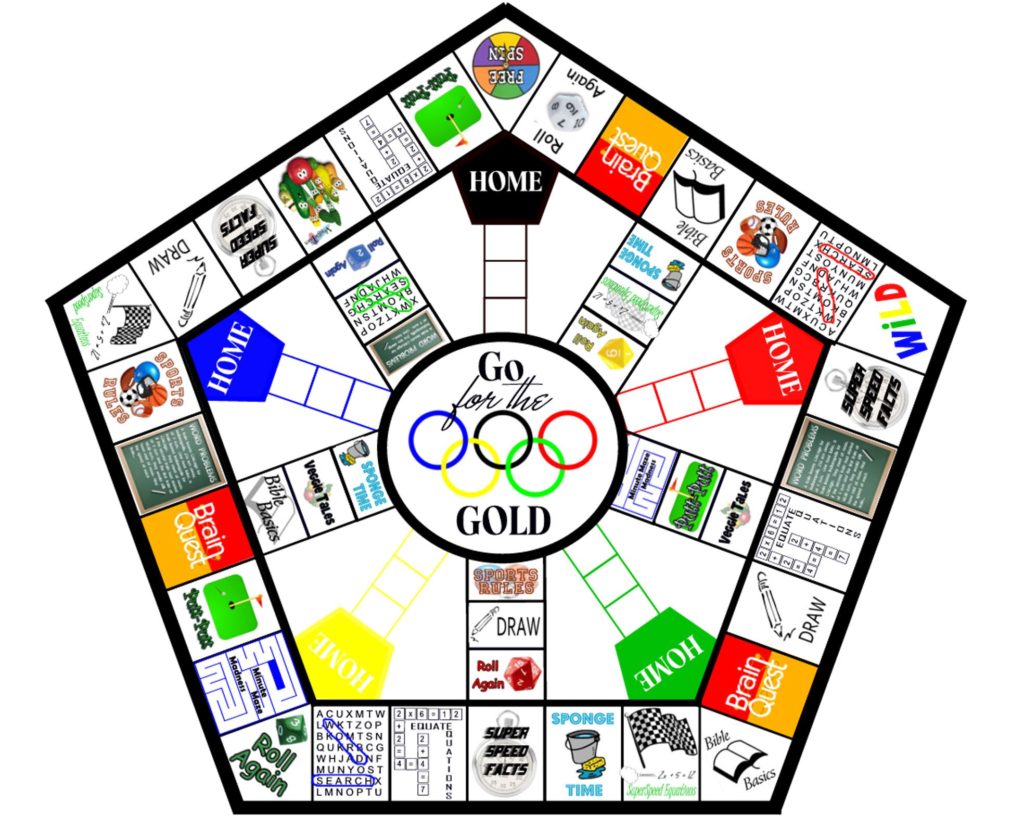 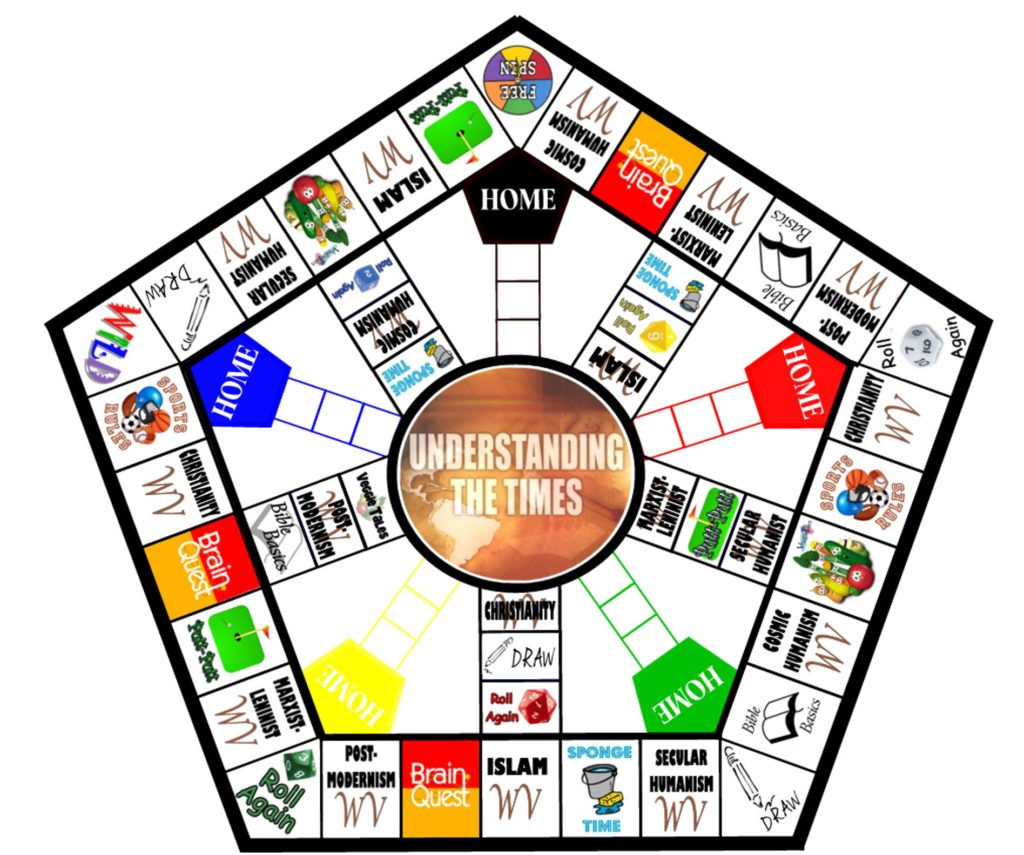 The Bible board has obvious spots for learning about the world religions. If you read the Family Game post, you’ll see there are still similar spaces. I kept some fun things for the kids. I can’t ALL be about learning, learning, learning, right?

I split the classes into five teams and took the same colored pawns as the Home spaces and put magnets on the bottom. I projected the game board onto a magnetic white board and we played on Fridays. That was one of the perks of being at a small, private school. I was the only one teaching those subjects and I had plenty of time to cover the curriculum. The kids enjoyed it and I had fun with them.