Like any coach, I wanted to motivate athletes to do better, get faster, and get stronger in the off-season. I decided to create an off-season program based on the Big Red Book: athletes’ times, distances, and pounds lifted, would translate to points. Points would then translate to awards.

The Off-Season Scoring Chart is in all of the Developing a Successful (sport) Series and includes 10 events (max effort): Squats, Bench Press, Hang Clean, Dead Lift, Dips, Pull-Ups, 40 yd Dash, Vertical Jump, Agility Run, and 800m Run. I noted in the book to consider it the Off-Season Decathlon. Not entirely sure of my thinking 20 years ago on the formulas for the points, but it seems to work. I do know I took what I thought was a superior high school achievement for a female and made that a 1000 points. Here are some excerpts of the tables: 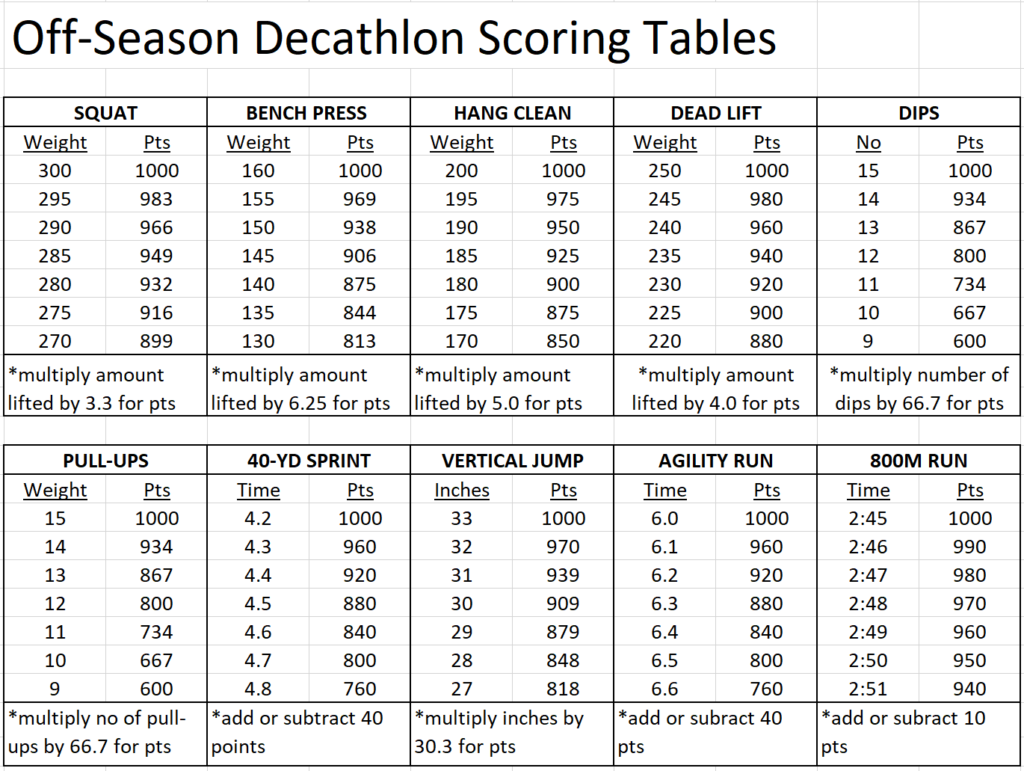 Athletes would achieve a score that translated to a “level.” If this is something you’d like to do, then you would need to determine a theme for your levels. It could be belt colors (white, yellow, orange, green, blue, etc) or something related to your mascot (kitten, cat, tiger, etc). The number of levels would determine the point spreads per level, of course.

This off-season program motivated the girls to push a little harder. Top scores were posted for others to try to surpass. Gamifying the off-season gave it another level of competition and gave the girls a way to compete against themselves as well as their teammates.