I have always been very competitive and have always loved games. Dad bought an Atari in the early 80’s (he still has it) and I was obsessed with it. When arcades were a thing, I spent thousands of quarters playing Dig Dug, Pac-man, Asteroids, Joist, and Defender. Defender was my absolute favorite because it had the most buttons. And, that’s how I do things – with the most of everything.

As I got older, I played as many sports as I possibly could. Freshman year at Randolph AFB High School, I played volleyball, basketball, and track. Then, sophomore year we moved to O’Fallon, Illinios. My dad was in the Air Force, which would eventually play into the gaming themes I choose now. There I played volleyball, basketball, ran track, cross country, tennis, and played softball in the summers. Games were an integral part of my very being. 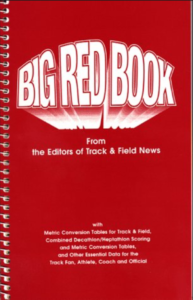 After I graduated in 1987, I was awarded a track and field scholarship to Western Illinois University where I was a pentathlete (indoors) and a heptathlete (outdoors).  The heptathlon is a two-day event which includes seven events. Day 1: 100m hurdles, high jump, shot put, and 200m dash. Day 2: long jump, javelin, and 800m run. What was intriguing to me about the heptathlon was that you weren’t necessarily competing against other athletes as much as you were competing against a Big Red Book of points. I was a perfect fit for the heptathlon because a) I was good at a lot of things, b) I wasn’t great at one thing, and c) I was a math major and loved numbers.

Dad retired from the Air Force in 1988 and we moved back to our home state of Texas. I transferred to Southwest Texas State University and continued to compete in the heptathlon while finishing a degree in mathematics. I probably should have majored in computer science instead of pure mathematics, but hindsight is 20-20. I decided to get certified in teaching as well, which prolonged my stay at SWTSU. That was okay since I had to red shirt a year because of an injury.

After graduation in 1992, I became a coach and math teacher at Bellville High School. I taught at the high school and coached at the junior high my first year. My second year, I had the privilege of coaching with Susan Brewer at the high school. That year, the Bellville Brahmanettes were State Champions. Let’s be clear, I was just in awe on the sidelines and made a minor, minor contribution (if any!) to this feat. But, having been a part of a State Championship team my second year of coaching, how can you top that? She taught me so much.

I married in 1994 and my husband (a football coach) and I moved many times as he tried to achieve the very elusive Athletic Director/Head Football coaching position. We have two amazing children: Scott, born in 1998 and Rebekah, born in 2001. When I became pregnant with Scott I quit to stay home. 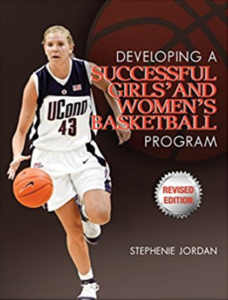 While at home, I was busy with web design projects and writing books. I have five published books in a coaching series. Check them out on Amazon.com: Developing a Successful Girls’ and Women’s Basketball Program, Developing a Successful Cross Country Program, and more. In these books, I’ve got a gamified off-season program. In my next post, I’ll fill you in on what I did.