Around 2006, there were two things that I found intriguing and what began to spark more interest in gamifying things: Lego Star Wars and Webkinz. My daughter was very much a fan of Webkinz and, when she gave me one for a birthday present, I joined in on the fun. It was a really cute website. What I liked about it was the variety of things you could do, including performing a job from the job board, building your home, caring for your pet, tending a garden, etc. My favorite parts were the Kinzville Academy where you could continue to level up. When you completed levels, you unlocked certain things for your pet. I also like the Daily To-Do’s like The Wishing Well and The Wheel of Wow all done to earn Kinzcash.

Also, I would watch my son play Lego Star Wars (and, sometimes played with him) and found it very interesting. I asked him what he liked so much. He liked getting to a new level, earning Lego coins, earning new rankings, getting gold bricks, and hunting for blue canisters. I sat with him one day and just jotted down some notes. 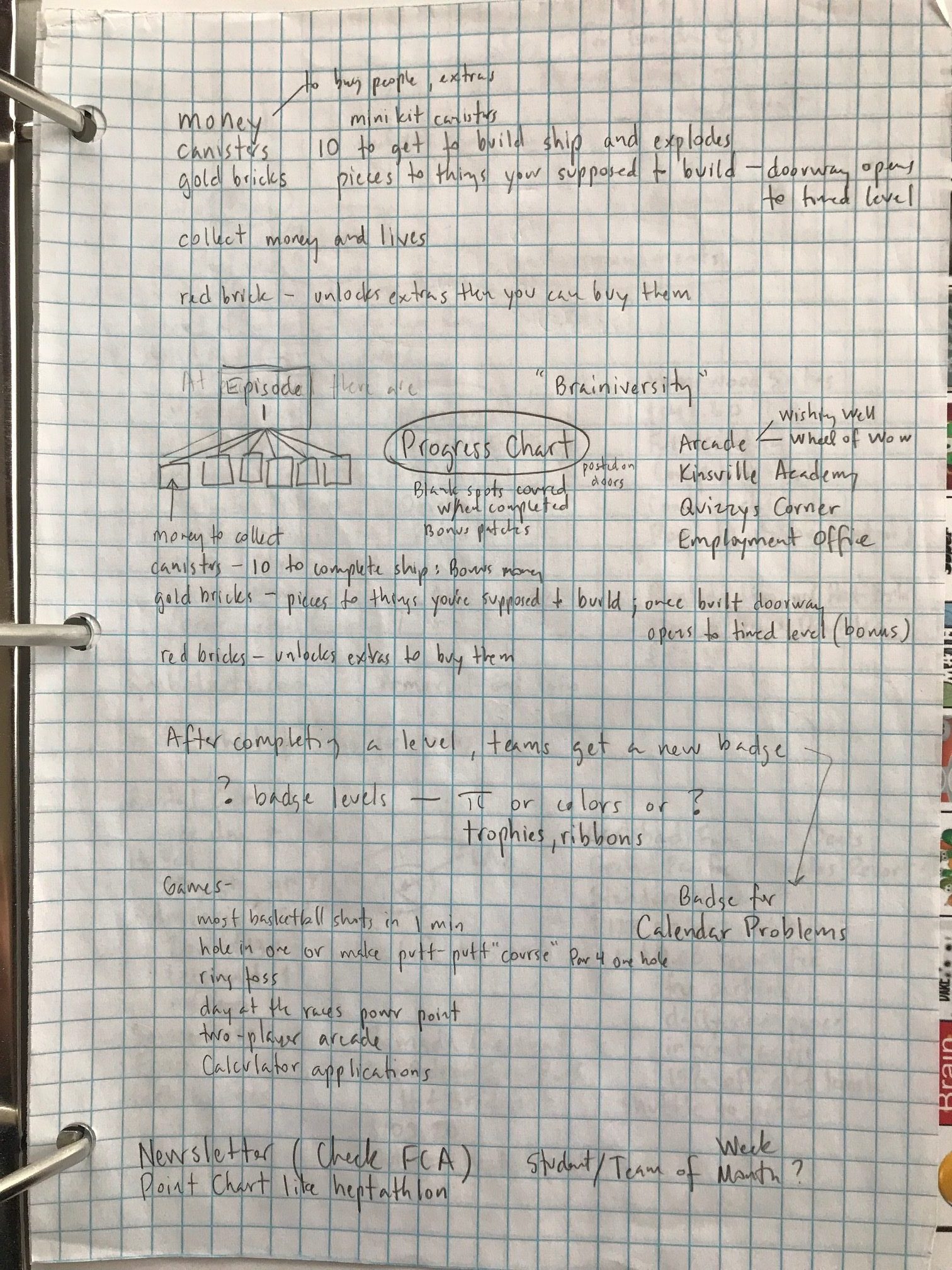 I was trying to create some sort of formula (that’s the mathematician in me) using Lego Star Wars, Webkinz, the points from FCA, and the points from the heptathlon. What I did was create seven levels for the kids for the summer and, eventually, use all of these ideas to gamify my Algebra 2 classroom. 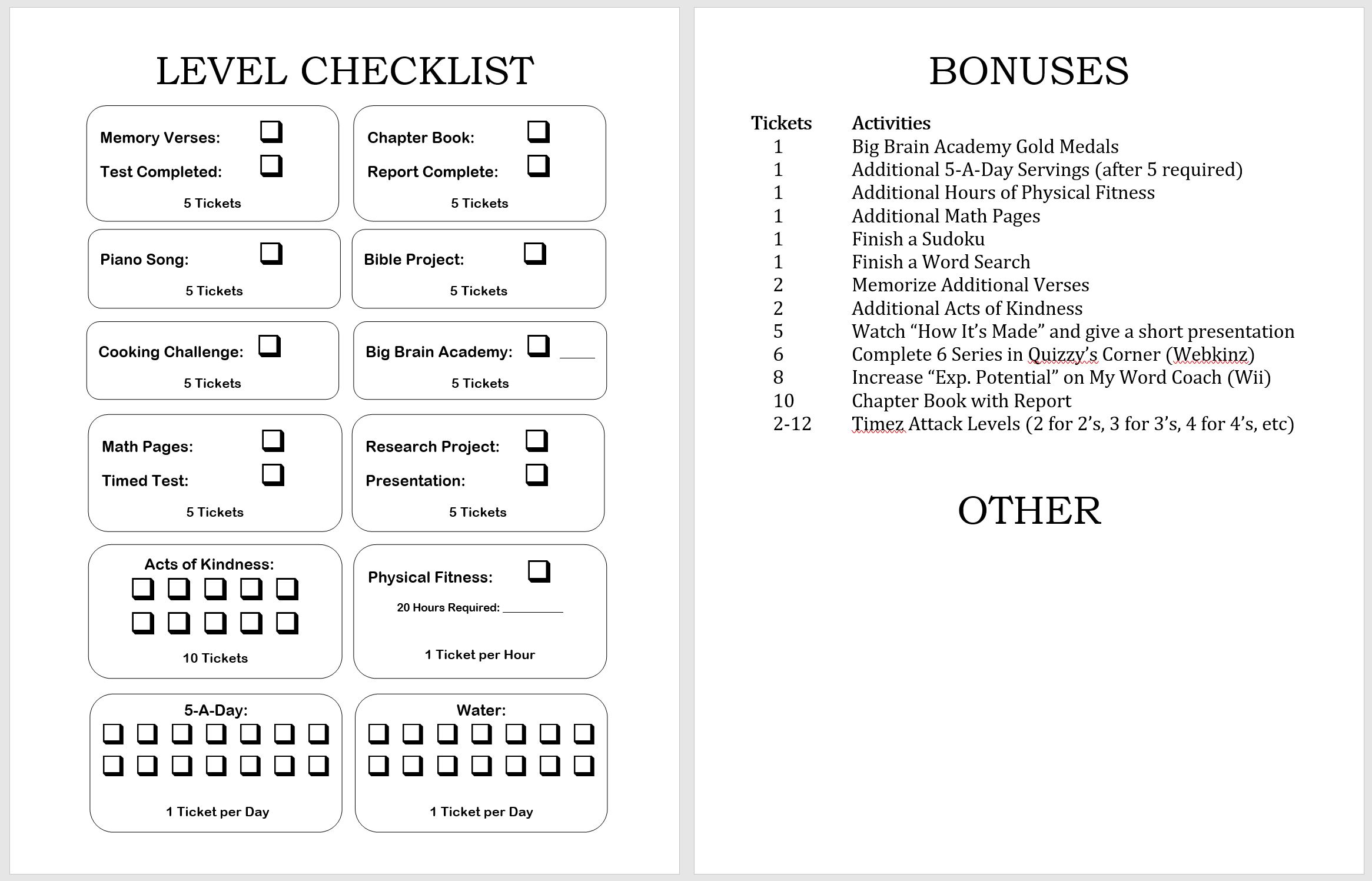 Tickets were earned and then cashed in for either money, outings, or video game/screen time. The kids had fun with it. I was trying to make things interesting for them so they would practice the piano, eat healthy, keep their brain and bodies active during the summer, and be nice to each other! (The last one was impossible.)

I had a specific memory verse and Bible project for each of the kids to do. Here is one of Rebekah’s: 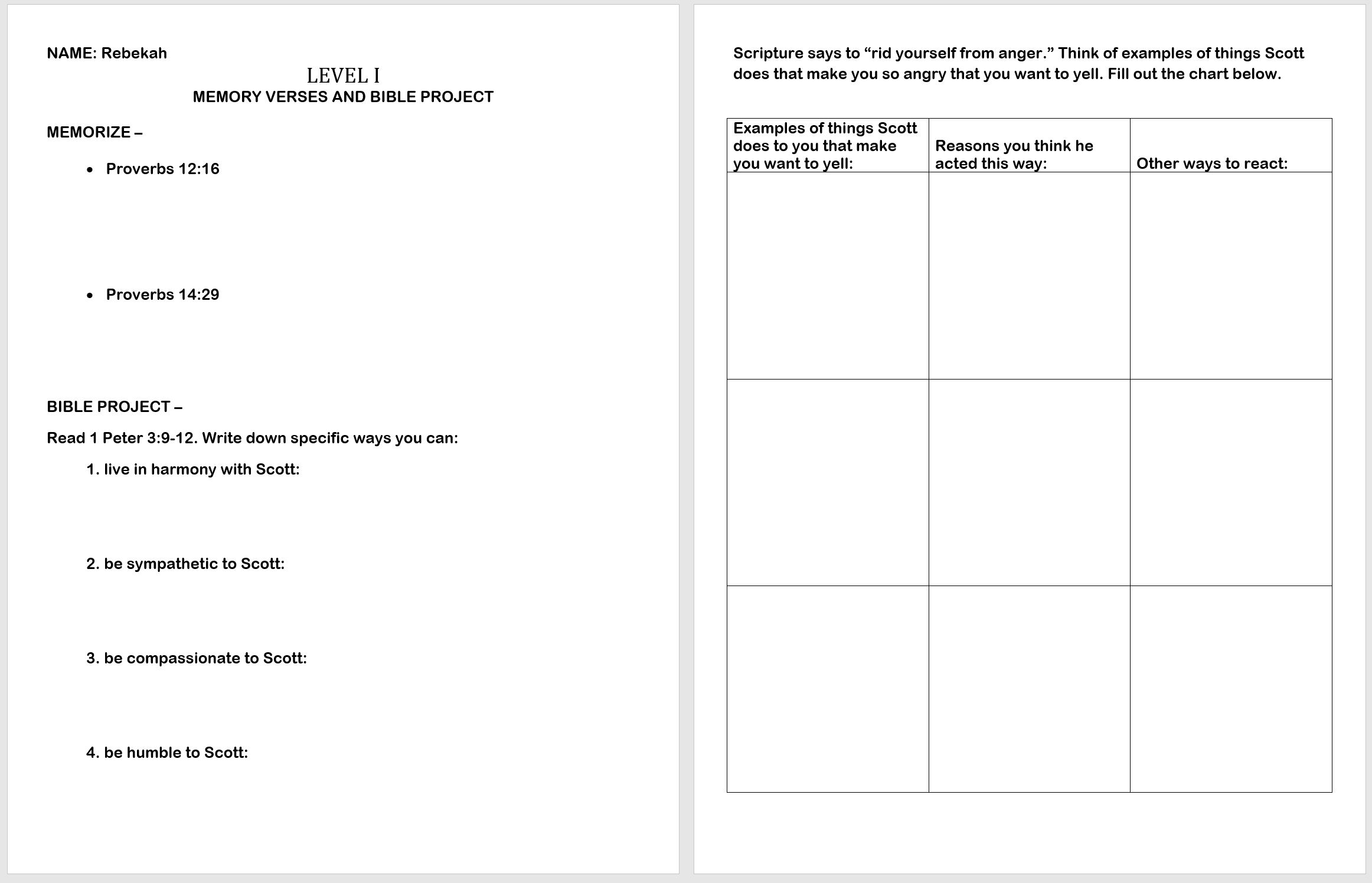 They did these fairly well. Here’s hoping a seed was planted, because I have yet to see the fruit of it! (Kids are 16 and 19 now….). 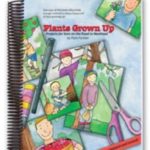 I’m fairly certain I didn’t come up with the Bible project on my own. One of my favorite references back then was a book called Plants Grown Up. It has specific Biblical projects for your son. I just modified for Rebekah, but there is one out now for daughters. I’m 98% certain what I did in those levels came from one of the many projects outlined in that book. The idea to gamify the kids’ summer was my hair-brained idea.